Boost Driver Pay by Limiting Range
Key Idea – Because drivers typically earn more in tips than base wages, this restaurateur limits her maximum delivery distance to 15 minutes round trip. That keeps her drivers delivering (and earning tips) at least four times hourly. Between a state-mandated minimum wage and four $5 tips per hour, most of her drivers consistently earn more than $30 per hour. As a result, the labor shortage has not limited her ability to attract and keep dependable drivers.

Key Idea – To identify exactly which neighborhoods to include within her service area, she uses a mapping app with a “drive-time” function to chart how far from the store drivers can get within 7 minutes.

Banning Daisy-Chain Deliveries
Key Idea – Allowing drivers to daisy-chain multiple destinations into a single delivery run may seem more efficient. But this restaurateur found the opposite to be true.

Studying actual deliveries also revealed that combo deliveries also frequently lengthened total driving time due to inefficient routing between destinations vs. straight out and back to the store. 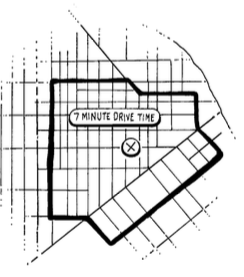 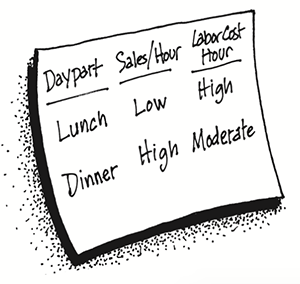