At his cozy wood-fired pizzeria, Razza, Dan Richer satisfies Jersey City, NJ, locals with signature artisan pies. His premium toppings and house-made mozzarella are exceptionally flavorful. But what really makes Dan’s pizza stand out from the crowd is the “deep, dark, crispy, crunchy” flavor and texture of his wood-fired crust.

Despite “cooking on a campfire,” what enables Dan to exactly reproduce his signature crust night after night is his rigorously consistent approach to dough-making.

KEY IDEA – That is, Dan has trained his team to always precisely follow the same “blueprint” recipe, from start to finish. At each step, this includes precisely measuring exact ingredient weights, mixing and holding temperatures, mix and rise times, hydration levels, ingredient ratios, etc. It also requires writing down each measurement in a baker’s logbook as they go.

KEY IDEA – Then after each batch of dough is baked off, Dan’s pie makers end their shift by writing down the flavor and texture of the finished crusts. Was their texture light and airy? Were they crispy on the bottom? How did their flavor compare with previous days’?

Recording this data helps his team internalize the importance of unwavering consistency to their dough quality.

KEY IDEA – Because he believes in constantly honing his craft, Dan is also always testing potential improvements. Recording prep data gives him a way to repeatedly test how modifying a single recipe variable (like increasing hydration by 5%) might further enhance his crust’s flavor, texture, and consistency. Dan methodically tests any potential improvement for at least 12 weeks before deciding whether to adopt it permanently.

By helping his team embrace a culture of both extreme consistency and continual quality enhancement through experimentation, Dan has gradually elevated and differentiated his crust over time. In turn, this has helped carve a unique, hard to emulate niche among other top pizzerias! BRAVO! 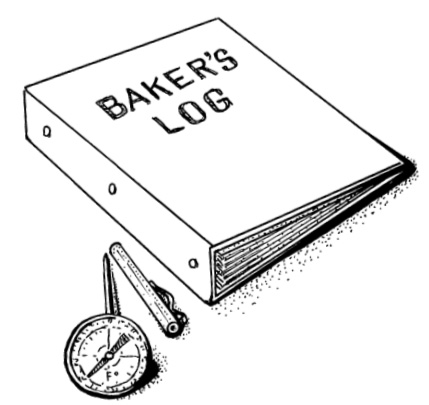